Sony Entertainment Television’s talent reality show India’s Got Talent promises a ‘never-seen-before’ Grand Premiere this weekend. The episodes promise to present to the viewers some spellbinding performances that match the tagline for this season – ‘Gazab Desh Ka Ajab Talent.’ Diving into the Top 14 talent this weekend, here are some must-watch moments from the show that one cannot miss.

Bomb Fire Crews’ mind-blowing performance on ‘Saami Saami’ has already taken the internet by storm and will now have Shilpa Shetty Kundra and Badshah grooving to it. What’s more — stunning the judges will be a spectacular performance will be Ishita Vishwakarma, who left the audience teary-eyed with her rendition of ‘Satyam Shivam Sundaram’ which was accompanied by a 20-piece symphony orchestra. Badshah, who had promised Ishita a gift in the previous episode, will give her this very thoughtful yet emotional gift. The orchestra also included key members from the group who received the golden opportunity to perform and play with the Late Legendary Singer – Lata Mangeshkar Ji all over the globe.

Warrior Squad will deliver a gravity-defying dance performance to Ranveer Singh’s song chartbuster ‘Tattad Tattad’. The group’s exhilarating stunts and human pyramids makes the whole act mesmerising. Shilpa Shetty Kundra will surprise Mumbai’s Demolition Crew by inviting the famous King’s United founder and choreographer Suresh Mukund on the show. Their depiction of the historic story of Shivaji Maharaj and Afzal Khan in their unique style will leave everyone impressed. To top it up, the dancing duo Bad Salsa will wow the judges with their unbelievable salsa moves. 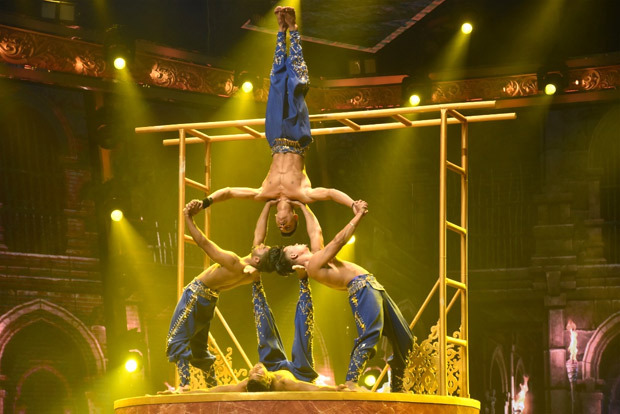 Sand Artist Nitish Bharti will take everyone on an emotional ride with his art depicting a mother-son relationship with an old classic mythology story of Lord Ganesha and Goddess Parvati, but in a completely new perspective. Making the grand premiere one to remember, Badshah will be seen setting the stage on fire with his rap game along with contestant Rishabh Chaturvedi. Rishabh gives the late Shammi Kapoor’s, ‘Badan Pe Sitare Lapete Huye’ a very modern touch with an interesting fusion. 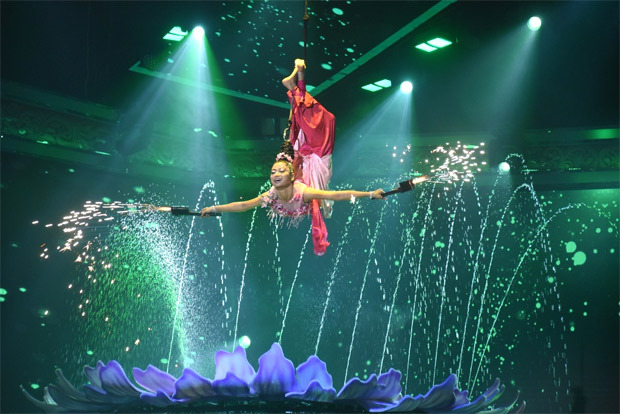 Viewers will also get to witness Saathi Dey’s astonishing hair aerial act and with Valentine week going on, she will receive a surprise gift from her husband. From Crazy Hoppers’ acrobatic moves to Shilpa Shetty revealing whose abs she likes the most from Workout Warriors, the premiere promises stuff that spells incredible.

Neha Dhupia reveals the inspiration behind her role in the Yami Gautam starrer A Thursday : Bollywood News

Despite a weak climax, ATTACK PART 1 works thanks to a novel script