In this article, I will explain the implications of the virtualization of global politics, how it is changing the way that political parties communicate with voters, how it is affecting the way that policy is made, how digital media including social media is changing the nature of politics and what this means for the future of democracy. From online campaigning to fake news to cyber warfare. The virtualization of politics is still in its early stages, but it is already having a major impact on the way elections are fought and won. We can only imagine what the future holds for this new form of digital campaigning.

It is difficult to overstate the significance of the virtualization of global politics. We are living through a time when the very nature of political communication and interaction is being transformed by digital technology. This shift has been driven by a number of factors, including the increasing use of social media platforms, the emergence of online campaigning for elections, and the growth of digital diplomacy. All of these trends are having a profound impact on the way that politics is conducted.

Moreover, Digital Diplomacy encompasses a range of issues. The focus is on the interplay between diplomacy and the internet. It offers an opportunity to treat information as a strategic asset that needs to be managed in order to achieve specific diplomatic goals. Digital diplomacy differs from traditional diplomacy in terms of scope, medium, and techniques. The emergence of social media has given way for states to strike up two-way or “dialogic” communication with other diplomatic actors and their foreign publics, compared to the one-way nature of traditional public diplomacy. While traditional diplomacy occurs offline in relative privacy, online diplomacy has allowed a multitude of actors to discuss foreign policy-making, increasing the impact of public opinion.

In addition to regular communication between states, diplomacy has become a more interactive and two-way process. It must also be noted that Digital Diplomacy is not necessarily new; it only became new after the rise of social media in diplomacy. The Internet has played an integral role in establishing diplomatic relations between states by shifting the traditional use of public diplomacy from one-way communication to dialogue between host countries and their citizens, as well as state supporters (both domestic and foreign) over a networked space.

The 21st century has seen a dramatic increase in the virtualization of global politics. With the rise of the internet and social media houses, more and more political activity is taking place online or virtual. This has had a profound impact on the way that political campaigns are run, how politicians communicate with the public, and how governments interact with citizens. It has led to a more open and transparent form of politics, where anyone can have a direct influence on the political process.

It has also made it easier for people to connect with like-minded individuals and groups, and to campaign for causes they care about. However, it has also created new challenges for democracy. For instance, it can be difficult to ensure that everyone has an equal opportunity to participate in online debates and decision-making processes. There is also a risk that echo chambers will form, where people only see information that reinforces their existing beliefs.

Overall, the virtualisation of global politics is having a profound impact on the way we engage with politics and democracy. It is important to continue to monitor these changes so that we can adapt our institutions and practices to ensure that everyone can have their say in our society. The internet and social media have transformed the political landscape in India. Political parties and candidates are increasingly using these platforms to reach out to voters and engage with them.

The use of virtual platforms has also allowed for a new form of political campaigning, where parties can target specific demographics and even individual voters. This has led to a more personalized form of politics, where voters feel like they are being directly addressed by the party or candidate. Virtualization has also allowed for a more interactive form of campaigning, with parties and candidates using social media to hold live chats and Q&As with voters. This has given rise to a more participatory form of politics, where voters can directly engage with those seeking their vote.

Importantly, the virtualization of global politics has led to a more dynamic and engaging form of campaigning that is better able to connect with voters. The global political landscape is becoming increasingly virtualized. With the rise of the internet and social media, more and more people are engaging with politics online. This has led to a new breed of politician, who is often more adept at using digital tools to reach and engage with voters. Politicians are seen as being out of touch and disconnected from the problems faced by everyday people.

There is a growing mistrust of traditional media outlets, which are perceived as being biased or inaccurate and there is also a growing appetite for direct engagement with politicians, rather than relying on intermediaries such as journalists or party spokespersons. The result is that international politics is becoming greatly virtualized, with politicians using digital tools to bypass traditional channels and directly engage with voters.

This trend looks set to continue in the future, as politics becomes ever more digitized and globalized. Many people say that politics is a dirty business. But in the age of digital media and social media, it’s getting even dirtier. With the virtualization of global politics, we are seeing a new level of political engagement that is both more participatory and more polarized. In a world where more and more of our interactions take place online, it was only a matter of time before politics followed suit. We are now seeing the virtualization of politics, with political campaigns being fought and won entirely online.

Consequently, it has huge implications for the way we think about politics. In the past, winning an election meant having a strong ground game, with lots of door-to-door campaigning and get-out-the-vote efforts. Now, all of that can be done online. This shift has been made possible by the rise of social media. Platforms like Facebook and Twitter allow political campaigns to reach a much wider audience than ever before. And because people are increasingly getting their news from social media, these platforms also give campaigns a way to directly communicate their message to potential voters. 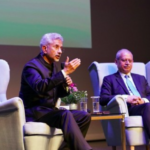 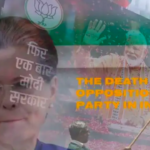